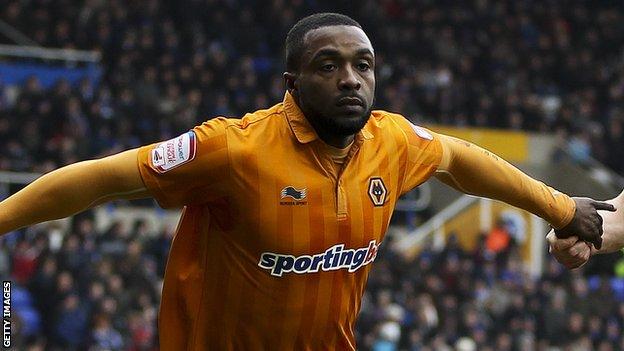 Ipswich Town have signed free agent Sylvan Ebanks-Blake on a deal until the end of the season.

The former Wolves striker, 27, has not played since April after suffering a broken ankle and ligament damage.

Ebanks-Blake left Molineux after Wanderers were relegated to League One at the end of last season.

Meanwhile, midfielder Stephen Hunt has signed a new contract until the end of the season having initially arrived on a three-month deal in November.

Ebanks-Blake's departure from Wolves ended a five-year association with the club after being signed from Plymouth by current Ipswich boss Mick McCarthy.

Former England Under-21 international Ebanks-Blake earned the Championship top goalscorer title in consecutive seasons during his time at Molineux, helping the side achieve promotion to the Premier League in 2009.

The former Manchester United trainee said he was eager to put his injury trouble behind him.

"It's been on cards for a while now and I'm just pleased we've managed to get everything done and dusted," he told Town's website.

"I've worked with the gaffer [Mick McCarthy] and TC [Terry Connor, assistant manager] before and we've had a lot of success in the past.

"They played a big part in me wanting to come here."