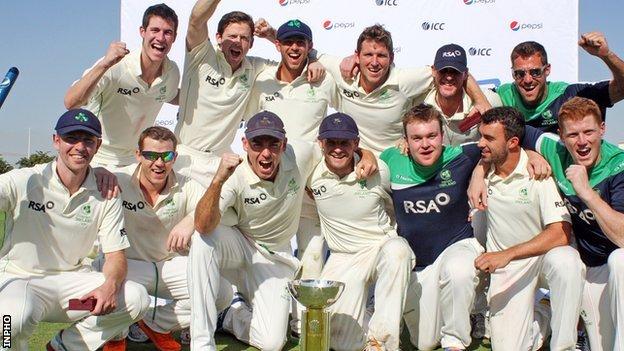 Ireland are to play in the West Indies' domestic tournament, the Super 50, from 30 January to 15 February.

They have been drawn with Guyana, the Windward Islands and Jamaica in Zone A of the eight-team competition.

Ireland's games will take place at the Queen's Park Oval in Trinidad. It will mean a homecoming for Ireland coach Phil Simmons, who is from the island.

The first game against Guyana is on 31 January, followed by the the Windward Islands fixture on 3 February.

The group stage concludes against Jamaica on 8 February with the semi-finals on 12 and 13 February and the final on 15 February.

"It is a fantastic opportunity for Ireland's cricketers to play in this prestigious competition," said Simmons.

"There is no doubt that the matches will be of a high standard and it is a perfect platform for Ireland to show the West Indian public how much their cricket has progressed."

Simmons, who played 169 times for the West Indies in Tests and one-day internationals, believes his squad will be genuine contenders for the competition.

"We won't be going just to make up the numbers - we will be trying to win the trophy.

"We have much to be proud of, having won all three trophies we competed in this year."