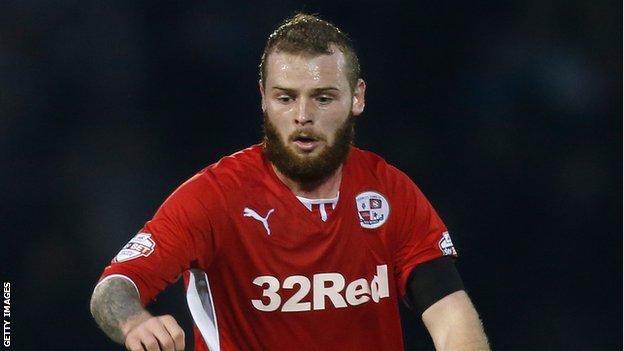 Crawley Town defender Mark Connolly says the arrival of John Gregory as manager has given the squad fresh focus for a promotion bid.

The Reds are currently nine points off the League One play-off places.

Connolly told BBC Sussex: "I listened to his first interview and he said he wants us to finish in the top six. As a player that is what you want to hear.

"He has got a lot of passion and a lot of desire and wants to do well for the club. That is great to see."

The West Sussex side have won just one of their last 10 league games and are five points above the relegation zone.

However, former Aston Villa and QPR boss Gregory is unbeaten in his two games since his appointment at the start of the month.

"He's exactly what we needed, as we needed a little kick up the backside," Connolly, 22, said.

"We have got the players here and very good footballers. He is here to drive on and that's what it has been since day one.

"I think he's been brilliant and now Guy [Whittingham] has come in. Long may it last and hopefully they do well for the club."