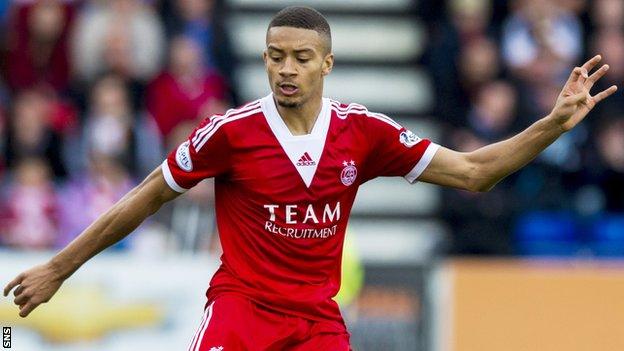 Aberdeen defender Michael Hector will return to Reading in January when his six-month loan deal expires.

The 21-year-old has impressed for Derek McInnes's side since his move from the English Championship outfit in the summer.

Hector has made 17 appearances for the Dons, scoring once in the 4-0 victory over Partick Thistle.

However, McInnes is still hoping to persuade Reading to let the versatile defender return to Pittodrie.

Hector, who has still to make his competitive debut for Reading, spent last season on loan at Aldershot and

McInnes, after signing the London-born defender, described Hector as "a big strong lad who comes with a good pedigree".