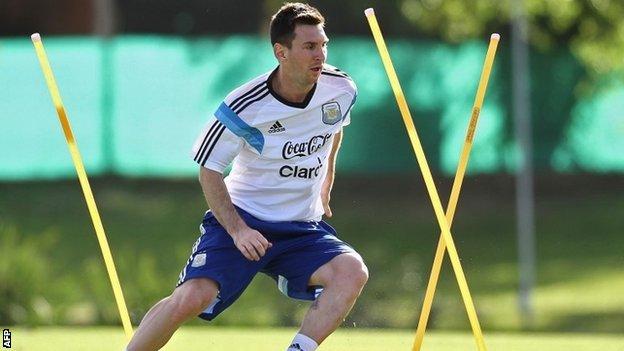 Barcelona say Lionel Messi is on track in his recovery from a hamstring injury.

The Argentina forward is in Buenos Aires as he continues his rehabilitation from the injury which has kept him out for more than a month.

The injury is set to keep him out for between six and eight weeks in total, meaning he is in line for a January return.

Messi injured his hamstring away to Real Betis on 10 November.

Barca lead the La Liga table, though are level on points with Atletico Madrid.

The Catalans travel to Manchester City for their Champions League last 16, first-leg tie on 18 February, with the return leg on 12 March. Messi is expected to be fit for both of those ties.