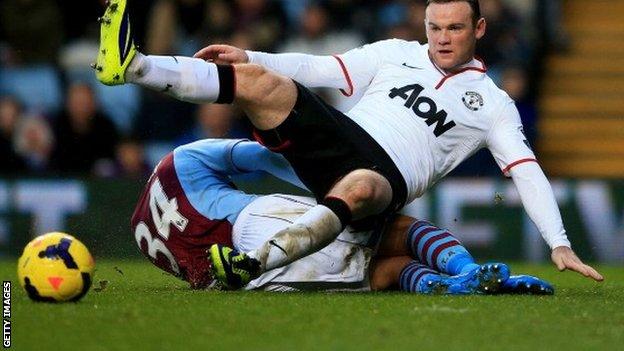 Rooney was ruled out of Wednesday's Capital One Cup quarter-final victory against Stoke with a groin strain.

When asked whether Rooney would feature against West Ham, manager David Moyes replied: "He has got a chance, yes."

United are already without Robin van Persie and play four league games between 21 December and 1 January.

Rooney, 28, has been one of United's most impressive performers, scoring 12 goals in 26 appearances during an inconsistent season for the club,

The absence of England striker Rooney would leave Moyes short of options in attack as the Scot will be without Van Persie - last season's leading scorer - until January.

The Dutchman, sidelined for a month with a thigh strain, could return for the league match against Chelsea on 19 January.