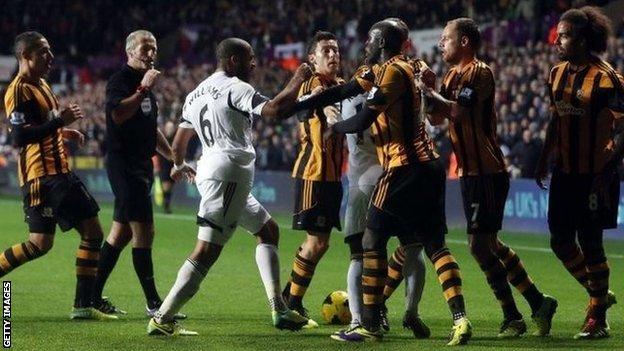 Hull and Swansea have been fined £20,000 by the Football Association for the mass confrontation between players during the 1-1 draw earlier this month.

An altercation between Ashley Williams, Tom Huddlestone and Yannick Sagbo in the last 10 minutes sparked the fracas.

Both clubs admitted a charge of failing to ensure players conducted themselves in an orderly fashion.

The 9 December tie was the first Premier League match between the two sides.