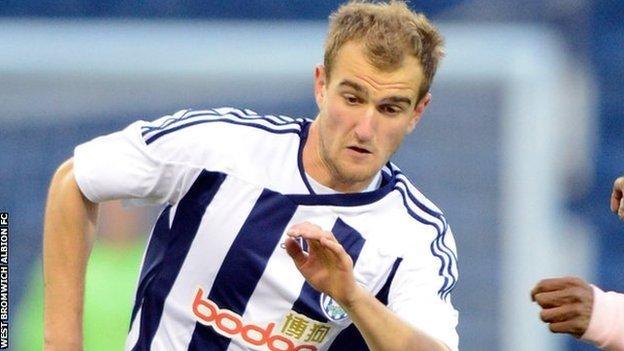 Gloucester-born Edge, 20, was on Cheltenham Town's books before being signed by Arsenal in July 2009 as a 15-year-old for a reported six-figure fee.

He then moved in August 2011 to Albion, where he spent a season before spending a year at the Nike Football Academy.

Edge joined Gloucester City in August, only to then sign for Cirencester Town.

The player will train twice a week with Hereford while he continues his studies at Hartpury College in Gloucester.

Bulls boss Martin Foyle, who has initially brought in Edge as cover for his thin squad, will view the second half of the season as a trial period, during which he can assess whether to offer him a contract for next season.

Cash-strapped Hereford currently stand 18th in the Conference Premier, six points clear of trouble, having lost only once in five league games.