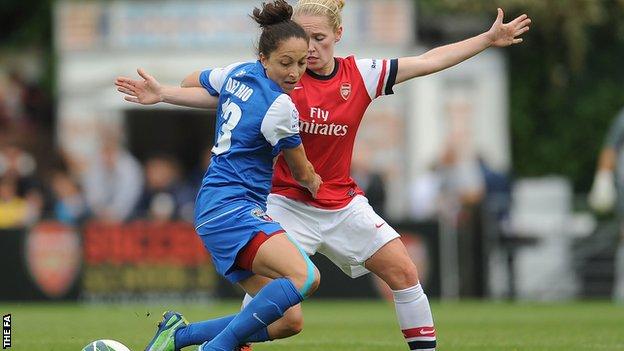 As well as playing, she will become under-18s head coach at South Gloucestershire and Stroud College, where the Vixens are based.

Del Rio signed for Bristol two years ago, having played professionally in Germany and America.

"Bristol Academy have given me the opportunity to play and coach at the same time and at a very good standard," Del Rio said.

"I'm excited for the challenge and look forward to introducing some Spanish skills to the youth team."