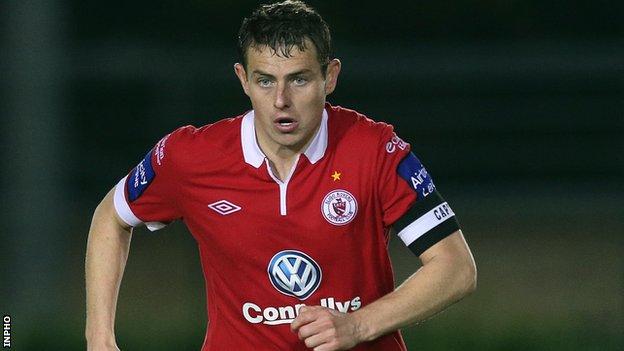 Liverpool native Ventre, 27, captained Sligo Rovers to this year's FAI Cup triumph but then left the club after being unable to agree a new contract.

Ventre was linked with a number of League of Ireland clubs but Derry confirmed on Tuesday evening that they had signed the midfielder.

Ventre's move to the Brandywell is an early boost for new manager Roddy Collins.

However, Derry's leading goalscorer this year Rory Patterson has agreed a new one-year deal with the Candystripes.