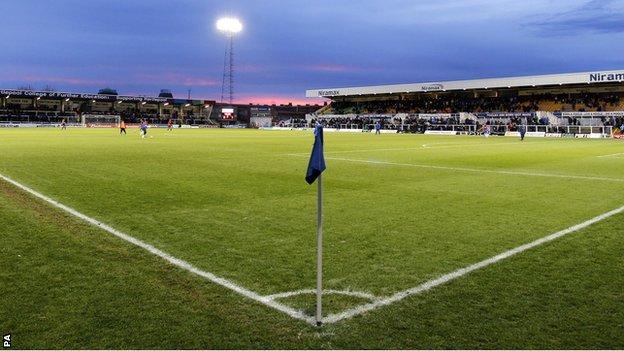 Hartlepool United have educated their youth players on the risks of gambling.

The Pools academy invited staff from the Sporting Chance clinic to give a workshop to prepare the players for life with a large disposable income.

Academy boss John Hewitson told BBC Tees: "It's vital to educate young players on the consequences of their actions if they gamble."

In January, footballers Michael Chopra, Mark Wilson and James Coppinger were after being found guilty of using inside information.

Former Newcastle and Sunderland striker Chopra, now with Blackpool, admitted in 2011 to having a gambling problem and revealed his then-club Cardiff had

"With a lot of footballers, they don't know what they can and can't do," Hewitson explained.

"And on top of that, if they get into trouble they have no idea where to turn.

"As a club, we now have support in place for if players get caught up. It can be a tempting situation if a young lad just suddenly has a lot of money to spend."