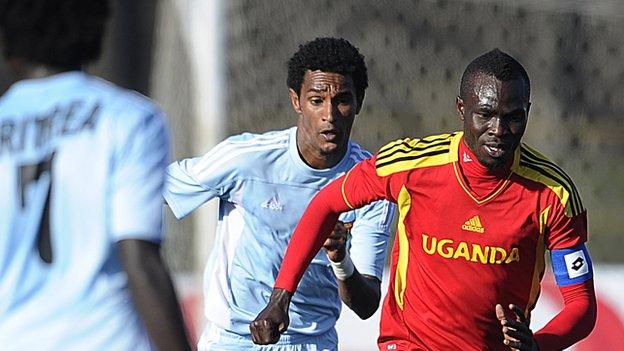 After Eritrea were eliminated from the Cecafa Senior Challenge Cup, which was won by Kenya last weekend, the 12 men disappeared.

It is not the first time players from the national squad have defected abroad.

Last December, 17 players and the team doctor claimed asylum in Uganda, 18 months after 13 players from an Eritrean club side sought refuge in Tanzania.

And in 2009, a dozen members of the national team disappeared in Kenya.

"We will discuss this issue of Eritrean players absconding in the next general assembly meeting to get solution on this matter," Musonye said.

"We don't want to have problems in future. This is becoming chronic to the association."

Thousands of Eritreans try to escape from the Red Sea state every year and many die making perilous sea-crossings in a desperate bid to reach Europe.