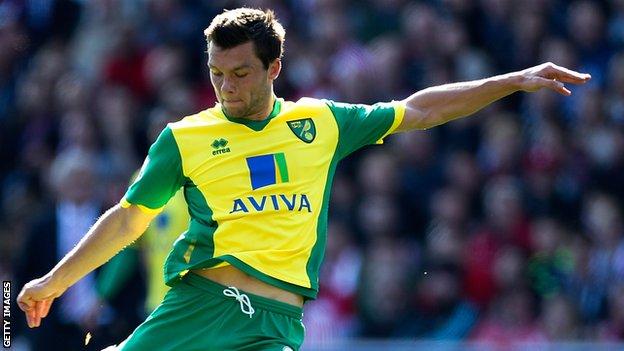 Norwich City midfielder Jonny Howson has signed a new four-and-a-half-year contract to keep him at Carrow Road until the summer of 2018.

The 25-year-old joined Norwich from Leeds in January 2012 and has made 60 appearances, scoring five goals.

"As soon as I found out there was an offer there I was very interested in getting it signed," he told the Canaries' website.

"I've really enjoyed the season so far and have had a good run in the side."

Howson has played in each of Norwich's Premier League matches this season, and boss Chris Hughton praised him for his development as a player.

"A new contract comes in line with Jonny's form this season, which has seen him be a mainstay of the team and put in some impressive performances, " Hughton said.

"In the period of time that Jonny's been here, there's been progression in his influence in the team and in the matches.

"We're delighted to be able to secure his services for the next four-and-a-half years."