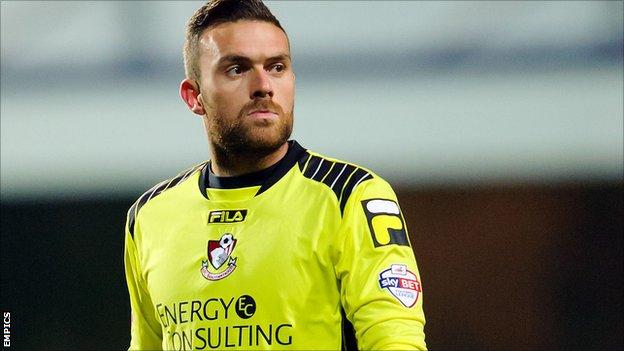 The 29-year-old is currently on loan from West Brom until the New Year, but will become a free agent on 1 January when his deal with the Baggies expires.

Camp has never played for the Baggies but has appeared seven times for the Cherries since his October move.

The Northern Ireland international played for Derby, QPR, Nottingham Forest and Norwich before joining West Brom on a free transfer in September.

"He has come in and you can see he has got that Championship experience behind him," added Howe. "Nothing fazes him.

"His distribution from the back has been key to our recent performances so it's [offering him a permanent deal] certainly something we will look at."