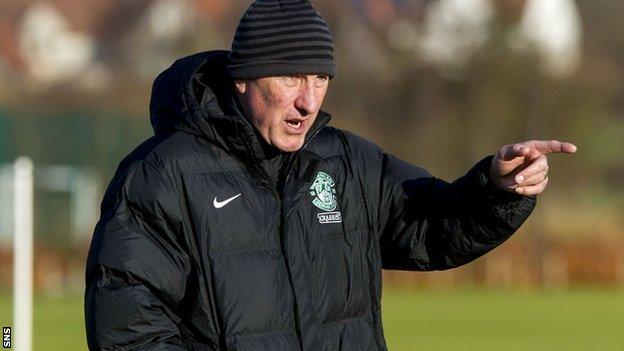 Hibernian manager Terry Butcher has partly succeeded in his appeal against a punishment incurred while he was in charge at Inverness CT.

The Scottish FA quashed his £1,000 fine but not his two-match suspension.

A one-game ban will be served immediately, while the other is suspended until the end of this season.

Butcher was sent from his technical area by referee Kevin Clancy for his part in a melee that resulted in a red card for Dundee United's Nadir Ciftci.

It means Butcher will be in the Easter Road stands for the visit of St Johnstone on Saturday.

The one-game suspended ban will take effect if Butcher breaches rule 203 again during this season.

Rule 203 states: "Misconduct at a match by failing to behave in a responsible manner as an occupant of the technical area by acting in an aggressive manner towards players of the opposing team."