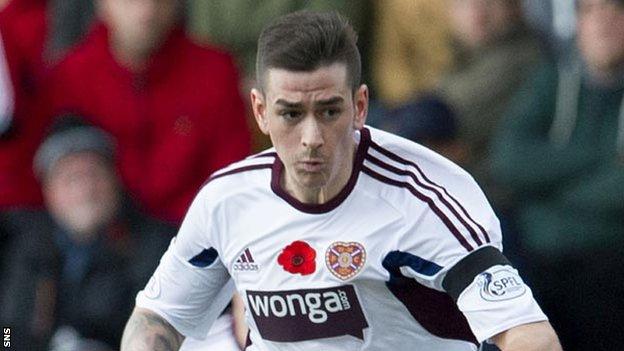 Hearts' fear of visiting Celtic Park on Saturday with to have eased with good news about Jamie Walker.

An Achilles problem troubling the forward has proved to be less serious than first thought and the 20-year-old could play against the league leaders.

Hearts manager Gary Locke said: "It is good news that Jamie's injury doesn't appear to be anything too serious.

"So we'll monitor him during the week and see how he is nearer to the match."

The trip to face the reigning champions comes a little over a fortnight after of the Edinburgh side in the Scottish Cup.

Injuries to two key midfielders had subsequently left Locke with only 12 senior outfield players for the with Walker picking up the knock during the match at Tynecastle.

The Hearts manager, who is banned from signing new players because the Edinburgh club remain in administration, was forced to fill his bench with youth-team recruits.

"With Ryan Stevenson and Jason Holt all out at the moment, just now," Locke told his club website.