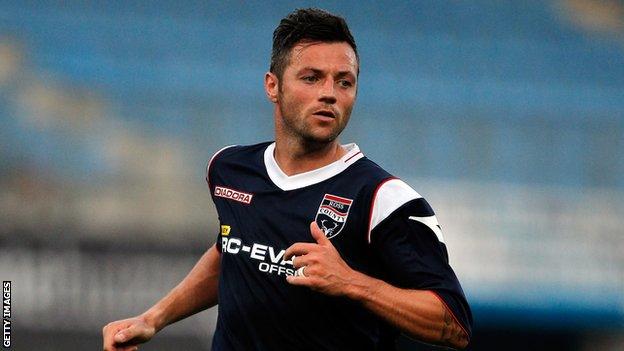 Former Northern Ireland winger Ivan Sproule has agreed a deal with Linfield which will see him play for the Blues until the end of the 2014-15 season.

Sproule returns to part-time football after nine years as a professional with Hibs, Bristol City and Ross County.

The Castlederg man is understood to have also spoken to League of Ireland clubs Derry City and Sligo Rovers.

Sproule will not be eligible to play until the January transfer window opens.

The ex-Omagh Town and Institute player won his first cap as a substitute in Northern Ireland's famous 1-0 win over England at Windsor Park in September, 2005.