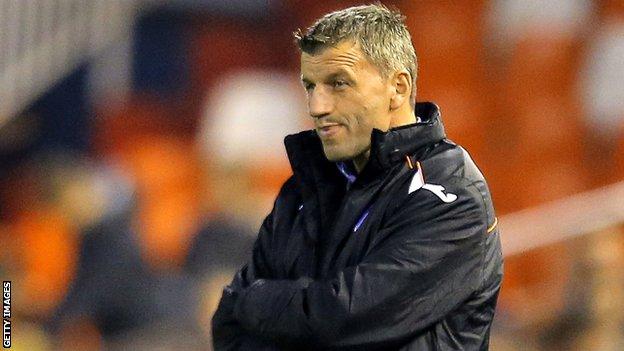 Valencia have sacked Serbian coach Miroslav Djukic after just six months at the helm of the Spanish club.

The six-time La Liga champions are currently ninth in the table after a mixed start to the current campaign.

"As is normal for a professional I don't agree with the board's decision but I respect it," said Djukic.

"I wish them all the possible luck and urge unity so the club can move forward."

The ex-Yugoslavia international spent six seasons at the Mestalla as a player and had further stints in La Liga with Deportivo La Coruna and Tenerife.

As a coach, he helped Real Valladolid win promotion back to the Spanish top flight in the 2011-12 season. Valladolid finished in 14th place last term before Djukic announced his return to Valencia.

"This is a day that personally I would have preferred never to see arrive," added Valencia president Amadeo Salvo.

Despite their mixed league results, Djukic had guided the two-time Champions League runners-up into the last 32 of this season's Europa League.

They will play Ukrainian side Dynamo Kiev in the knockout phase after Monday's draw.