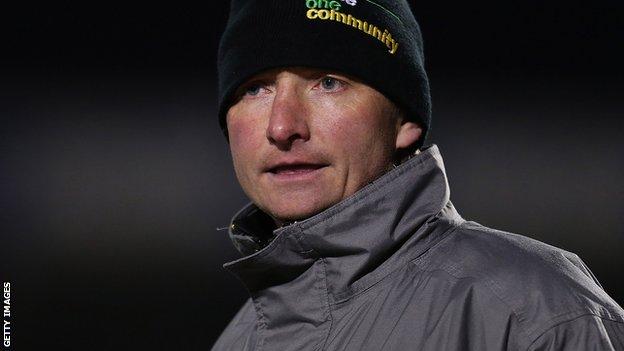 Bury manager David Flitcroft has confirmed that Chris Brass will be his number two at the League Two club.

Brass has left his role as assistant manager of Torquay United to take up a similar role at the JD Stadium.

The 38-year-old spent 18 months as a player at Bury and was also part of Alan Knill's coaching staff while Knill was in charge of the Shakers.

"Chris will be an incredible ambassador for our football club," Flitcroft told BBC Radio Manchester.

"We've done a deal with Torquay and he was in on Monday for his first day. The two of us and the coaching team can now start developing that squad. He brings great expertise, he knows the level and he's a loyal servant."

Compensation has been agreed between the two clubs after the deal was completed on Wednesday.

"Everyone at Plainmoor would like to thank him for his hard work and we wish him every success at Bury," read a statement from Torquay.