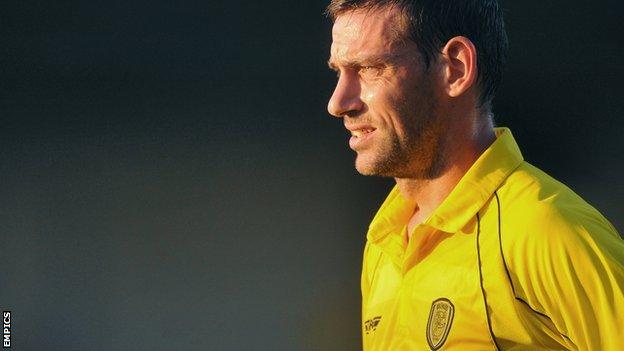 The 37-year-old made seven appearances and scored once since joining the League Two side in the summer.

However, he has not featured since September after struggling to recover from a torn hamstring.

"He has had a fantastic career and we are honoured here at Burton that he has finished his career with us," Brewers boss Gary Rowett told the club website.

The former Republic of Ireland international began a 19-year career at Carlisle United and went on to make more than 580 appearances for Derby, Southampton, Sunderland, Stoke, Barnsley and Burton in all competitions.

Delap only scored 35 goals, but created numerous others with his trademark long throws.

Southampton paid £4 million for him in 2001, but it was Stoke where he had his longest spell, playing 208 games in almost six years, including the 2011 FA Cup final against Manchester City, which they lost 1-0.

He joined Barnsley on loan in February, but after being released by the Potters a permanent deal with the Tykes failed to materialise in the summer and he joined the Brewers for pre-season training.

Rowett said Delap, a former Derby teammate, had left a lasting impression at the Pirelli Stadium.

"His attitude and work ethic have been a credit to himself and the invaluable knowledge and experience that he has passed onto the rest of the players here at Burton Albion has been priceless," he added.