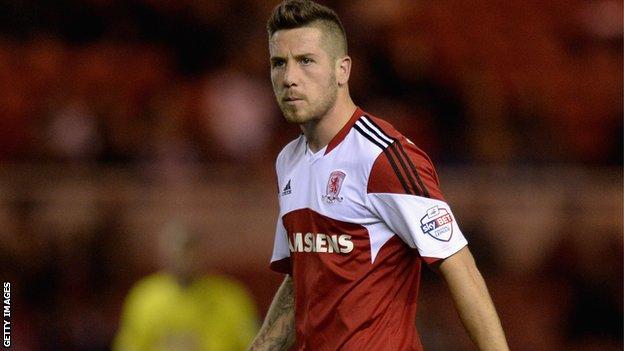 The midfielder completed 90 minutes for the first time since last month.

Matthew Upson's 86th-minute goal was the fifth Boro have conceded outside open play since the Spaniard took over.

"Silly mistakes are costing us. We're throwing points away, I can't remember the last time that we deservedly lost a match," Butterfield told BBC Tees.

Defeat by Brighton has left the Teessiders 19th in the Championship and just three points above the drop zone.

Karanka has thus far been unable to spark a turnaround in form having won one, drawn one and lost three games.

Had those matches finished after 85 minutes, Boro would have four more points and sit 14th.

"If you look at the league table, you'd have to say we're in a relegation battle," Butterfield continued.

"But I think we're far too good for that to be honest. It's just so deflating that we know what the problems are, yet it keeps happening."