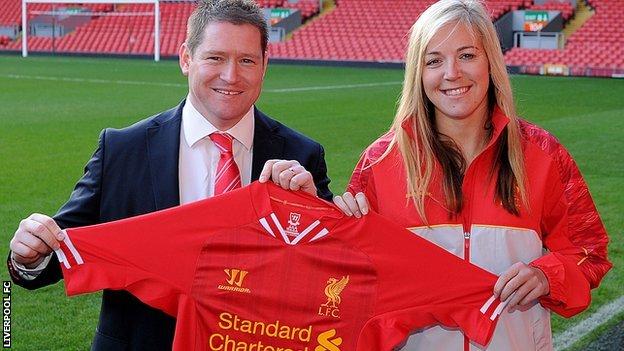 The former Watford junior had four spells with the Gunners.

Davison has been capped once by England, in the 2-0 friendly defeat to Iceland in 2009.

Liverpool secured their first Super League title in September beating Bristol 2-0 on the final day of the season, ending a decade of domination by Arsenal.

More signings are expected at the Merseyside club with manager Matt Beard determined to build on last year's success in preparation for entry into the 2014-15 UEFA Women's Champions League.