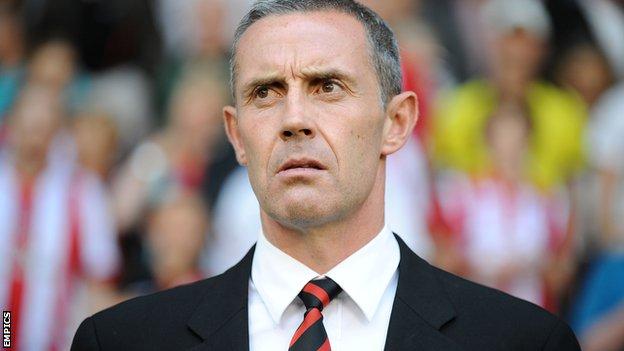 The 43-year-old replaces Alan Kernaghan, who departs the Bees along with first-team coach Peter Farrell.

Former Everton and Rangers defender Weir was sacked by the Blades in October after just 13 games in charge.

"There will be an undoubted benefit for the staff and players to have someone of David's quality here with us," Brentford manager Mark Warburton said.

Weir, who also had spells at Falkirk and Hearts and won 69 caps for Scotland during his playing days, was previously on the coaching staff at Everton before his short spell at Bramall Lane.

"He had an outstanding playing career, working under some great coaches, and has a wealth of coaching experience," Warburton added.

"In conversations with David, he recognises the progress that has been made at Brentford and is excited to join us."

Warburton, who was appointed Brentford manager last week after Uwe Rosler left Griffin Park to take charge at Wigan, says it is essential he puts his "own fingerprint" on the squad and coaching staff.

Farrell arrived in west London in the summer of 2011 when Rosler was appointed while Alan Kernaghan joined the League One club February 2012.

"I need to introduce people I have a close working relationship with to help take the club to the next level," Warburton told the club website.

"Peter and Alan have worked tirelessly over the past two seasons and have made an essential contribution to taking the club forward.

"I would like to thank Peter and Alan for their contribution and wish them all the best for their future careers."