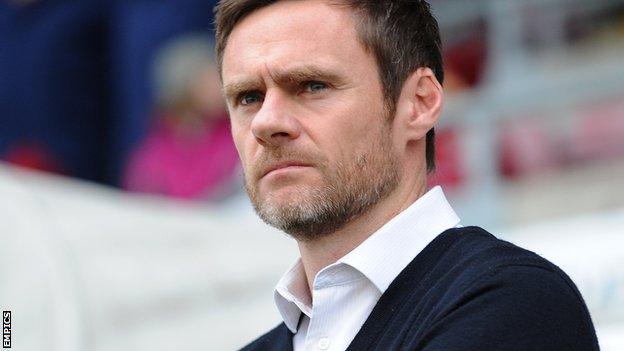 Fleetwood manager Graham Alexander labelled his side's first-half performance at Burton "pathetic" after the Cod Army crashed out of the FA Cup.

The Brewers will face Championship side AFC Bournemouth in round three after on Tuesday.

The ex-Preston and Burnley player continued: "It wasn't a competitive football team. I don't think anyone, as a professional, would want to put their name to that first 45 minutes effort-wise.

"I can forgive people misplacing passes, but if you haven't got the desire to compete in a game, you're going to get turned over.

"No one on this planet is good enough to not compete in a game of football. In the second half there was a response, there was more effort and aggression, but the damage was done."

Billy Kee's first-half goal was enough to end Fleetwood's four-game unbeaten run, which has seen them move up to third in League Two and

"I'm disappointed because you think you've got the boys at it and you're in a good run of form," said Alexander.

"I'm really reluctant to go overboard with the lads because they've been fantastic and worked their socks off in the last few games, but we have to be better than that.

"We wanted to progress, but unfortunately we didn't. We wish Burton all the best and we have to concentrate on the league and the JPT when it comes around."

Meanwhile, full-back Charlie Taylor has extended his loan spell at Highbury until the end of the campaign.