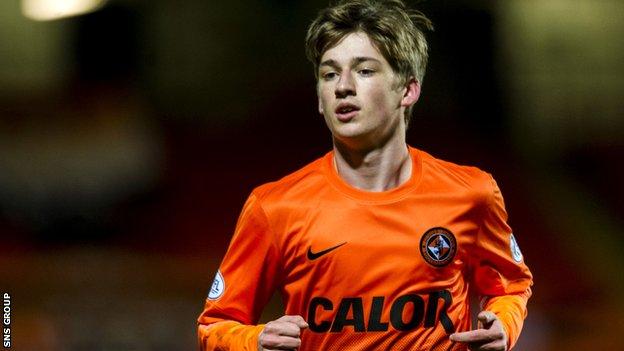 On the day of his 18th birthday, the midfielder has added another year to the deal he signed last month.

Gauld, who has been attracting rave reviews and the attention of several big clubs, is now attached to the Premiership club until May 2017.

"He is a fantastic talent who appreciates that Dundee United is the best place for him to develop at this time," said manager Jackie McNamara.

"Ryan is showing his commitment to the club by signing this contract. We are trying to build something special here and securing Ryan on a longer deal signals our desire to achieve this."

Having made his debut as a 16-year-old, the 5ft, 6in playmaker has made 30 appearances for United and has scored six goals this season.