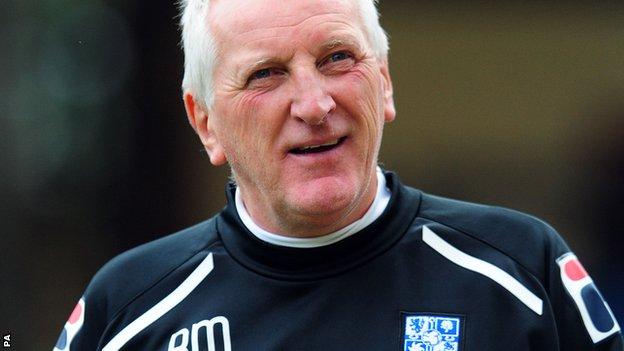 Tranmere Rovers manager Ronnie Moore fears more displays like the one in will result in him being sacked.

Rovers, who are 20th in League One, went behind in the first minute.

It was the fifth occasion that Tranmere have conceded at least four goals in a match this season.

"We need men who are going to be proud to wear the shirt. Those type of performances get you the sack," Moore, 60, told BBC Radio Merseyside.

"I've put that 11 out there to go and fight and roll their sleeves up. If we win that, we're on the march up that league - and we've lost 4-1 to Carlisle, who are in a similar position as we are.

"We've worked hard to stop conceding goals and yet you see performances like that. It's soul-destroying for me, the supporters, the chairman and everyone associated with the club."

The loss at Brunton Park came just seven days after a in the FA Cup, and only Crewe (42) have conceded more league goals in the third tier than Tranmere (38).

"The second-half performance [at Carlisle] was unacceptable," continued Moore. "It was gutless.

"That's as bad as I've seen a back four since I've been a manager. We've been mentally weak and physically weak."