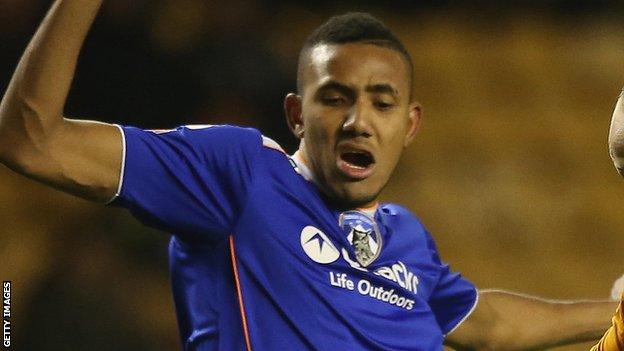 League One club Oldham Athletic have confirmed that they have sacked winger Cristian Montano.

The 22-year-old was one of six men arrested as part of an investigation into spot-fixing by the National Crime Agency and bailed until April 2014.

Montano, who had been at Boundary Park since the summer of 2012, was suspended without pay by the Latics following the initial allegations.

A club statement read: "After a thorough investigation carried out by Oldham Athletic Football Club relating to the conduct of Cristian Montano, a decision has been made by the board to dismiss the player forthwith.

"Oldham Athletic take matters such as this extremely seriously and believe it was essential to act as swiftly as possible."

Director Barry Owen told BBC Radio Manchester: "It's been a very difficult week for the club. It's not an easy decision that we've had to make, but it's been made.

"I just hope that people realise we've acted positively, and not hastily may I add."