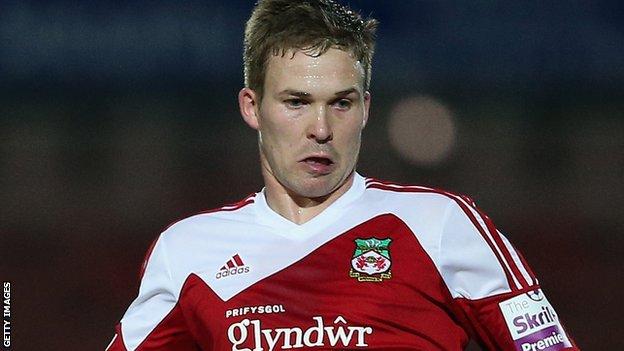 Harris was sent-off for the second time this season after picking up a second yellow card in the FA Trophy loss at Luton.

The 26-year-old has been dismissed four times in two seasons with Wrexham.

"Personally I don't think he's playing higher up because he's got that reputation," Morrell said.

"He's got the ability to play way higher but because he gets sent-off he misses half his season.

"He missed two more games for us and he's been missing for five I think already. It's a third of our season.

"I'll speak to him over the next week."

Player-manager Morrell said Wrexham exited the FA Trophy "with a whimper" and promised changes ahead of Saturday's game at Welling.

"It was a chance for us to play on a nice pitch in front of a good crowd and go and show what we're all about," Morrell added.

"We'd turned the corner I thought but that was more like two and a half months ago.

"We seem to play well against some teams and then we can't produce it and get that consistency.

"But that was not good enough - I told them that. They know that and hopefully we've got to get it right by next Saturday."