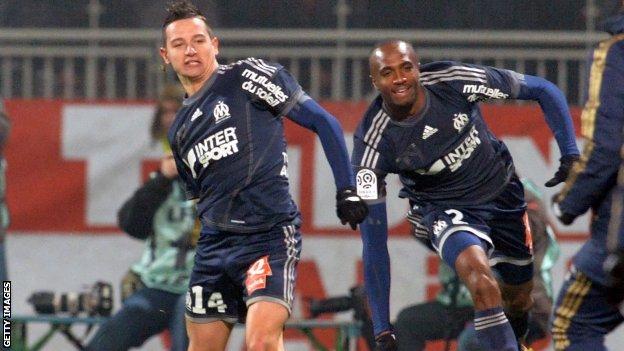 First-half goals from Alexandre Lacazette and Bafetimbi Gomis gave the hosts a 2-0 lead after 43 minutes.

Andre-Pierre Gignac pulled Marseille back into the match just before half-time before Thauvin's equaliser with 11 minutes remaining.

Marseille drop to sixth in Ligue 1.

Baup led the club to second place in Ligue 1 and a Champions League spot last season.

They are now 15 points behind leaders Paris St-Germain, while Remi Garde's Lyon remain in the top 10 after an unbeaten four-match run.