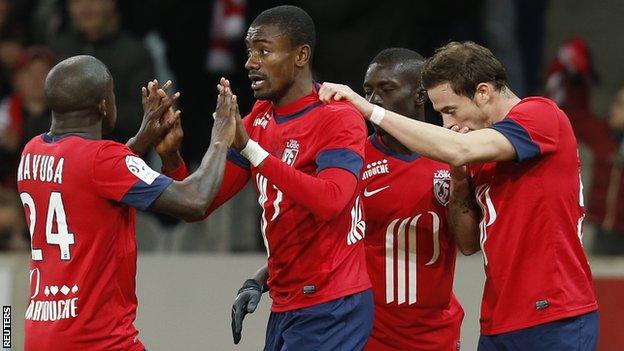 Former Chelsea forward Salomon Kalou scored twice as Lille came from behind to beat mid-table Bastia and stay in touch with the Ligue 1 pacesetters.

Midfielder Ludovic Genest shocked the hosts with a third-minute opener, before Kalou came to the fore.

The Ivory Coast international showed quick feet to find space and slot home the equaliser, then curled in a sublime finish from the edge of the box.

The 2010-11 champions boast the most miserly defence in the French top flight with Genest's goal only the sixth they have conceded, and the first at the Stade Pierre-Mauroy since October.

Their Kalou-inspired recovery saw them tighten their grip on third spot, while Bastia, whom Chelsea midfielder Michael Essien counts among his former clubs, remain 13th.