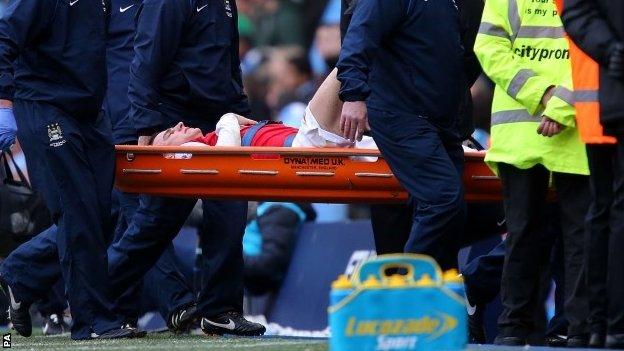 Arsenal manager Arsene Wenger confirmed defender Laurent Koscielny will be out "for a while" after he was taken off with a deep cut during the club's 6-3 defeat by Manchester City on Saturday.

He suffered the cut on his knee when he tried to prevent Alvaro Negredo from scoring City's second goal.

"He has a cut and he'll be out for a while, but for how long I don't know," said Wenger.

Thomas Vermaelen and Per Mertesacker are Arsenal's only other centre-backs.

France international Koscielny, 28, and fellow central defender Mertesacker have been part of one of the tightest defences in the Premier League this season.