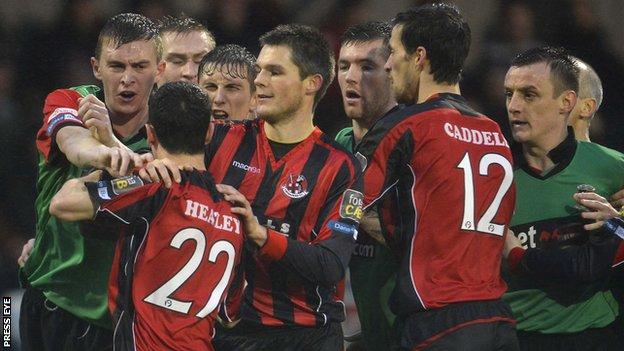 Crusaders have been knocked off the top of the Irish Premiership after being held at home by Glentoran.

Jordan Stewart of Glentoran fired an early effort across the face of goal while Crusaders front man Gary McCutcheon was wide with a shot.

Crues winger Paul Heatley had a great chance when he ran on to a Chris Morrow ball but Glens keeper Elliott Morris dived to make a good save.

Crusaders have now gone 23 matches unbeaten in all competitions.

But manager Stephen Baxter said he was disappointed not to have taken all three points.

"Glentoran will be happy going up the road with a point because we created the four or five big chances in the game and did not take them," said the Crues boss.