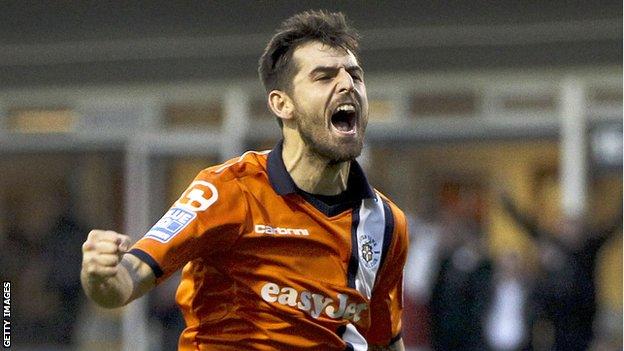 Paul Benson nodded in Alex Lawless's cross to put the Hatters ahead before Lawless doubled the advantage with a left-foot finish from a tight angle.

Andre Gray fired in his 13th goal of the season on the half-hour and Lawless added a fourth after the ball was parried by Adam Bartlett.

"I'm really pleased with our performance. We conceded a couple in the second half; one I disappointed with, one I wasn't. But I'm delighted with the performance, and obviously delighted to win.

"The power of our play is fantastic at the moment, and I think it can grow as well. Looking at today, obviously I've got to be delighted.

"With Alex, with Paul and Andre; we have people that can score. Luke Gutteridge can score. And even not playing, we believe very strongly in Alex Wall and Mark Cullen, we've got lots of goals within the football club.

"We're never going to play at that tempo for 90 minutes, it's not possible. But you hope you can play it long enough to win the game. And obviously, in front at half time, we've got to be awful in the second half to not win it."