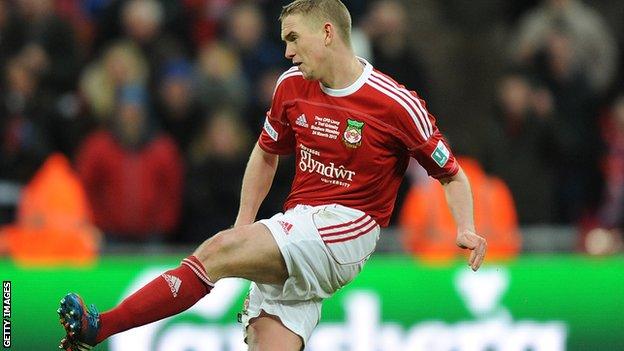 Wrexham came from behind to earn a point away at Welling United in the Conference Premier.

Kurtis Guthrie headed home Harry Beautyman's cross from six yards out to put the home side in front.

Johnny Hunt fired a shot from outside the area into the top corner to equalise for the Dragons.

The result leaves Andy Morrell's side 10 points off the play-off places, two points behind 12th-placed Welling in 14th.

"I thought it was a good game for the neutral in poor conditions and I thought we dominated the second half.

"I thought we were fantastic, moved the ball, put crosses into the box, just couldn't get that goal and their keeper made a couple of really good saves.

"I'm pleased more with the performance rather than the result.

"If we play like that, the majority of games we will win."