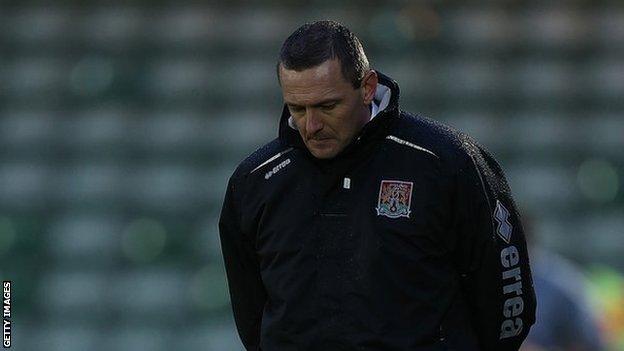 Aidy Boothroyd was sacked as manager of struggling Northampton Town shortly after their home drubbing by Wycombe.

Izale McLeod netted from close range to reduce the deficit but Wycombe captain Stuart Lewis restored the two-goal lead with a shot through a crowded area.

Confirmation of came less than an hour after the final whistle at Sixfields.

"I got quite emotional at the end because I've been wanting that for so long. Losing so many players, we were on our last legs today, but they've come and under adversity have given me everything and I'm so proud.

"Jo Kuffour has been waiting patiently, getting on with his training and waiting for his chance. He's proven to me that he wanted and deserved his chance - and he took it after 10 seconds.

"Statistics are amazing. Yesterday I was six without a win, and now I'm three unbeaten. But it's a real boost to go into the Christmas period."