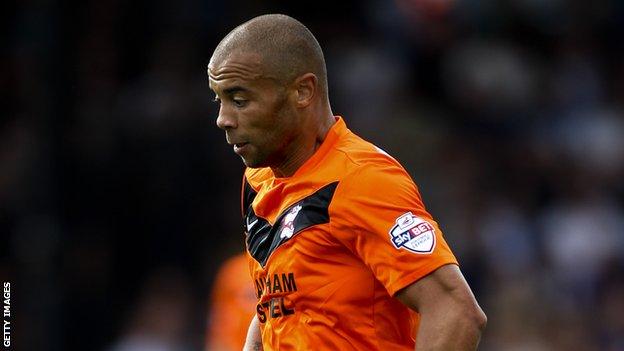 The 37-year-old opened the scoring when he tapped in Christian Ribeiro's low right-wing cross at the far post.

Burton then got his fourth goal of the season as he turned on the edge of the box and drilled a left-footed shot into the bottom corner.

David Syers and Burton could have extended the lead as Morecambe failed to create any clear cut chances.

"For me it was our best 90 minutes for lots of reasons. The main reason is we always speak about managing periods and I've never seen a first 10 minutes like that before at Glanford Park.

"They had five corners in the first four minutes and 10 corners in the half. I've got to say we've put our heads on everything that come in our box today. They're a big side, a big strong powerful team and we wanted to start the game well.

"It was probably the best start we've had to any game this season. We had about seven corners, a possible shout for a penalty and we had them penned in.

"We just needed to score when we were on top.

"When they got on top, they took their chance. We worked hard enough but they just had a little bit too much quality."