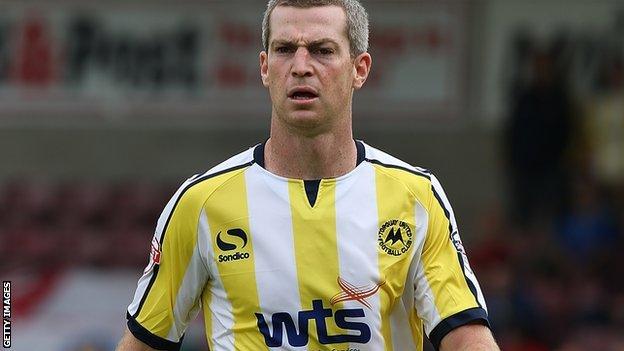 Torquay claimed a 1-0 victory at Dagenham to lift themselves out of the League Two relegation zone.

The hosts dominated for most of the first half with Zavon Hines seeing his shot superbly saved by Torquay keeper Michael Poke.

But the visitors made no mistake early in the second half when Aaron Downes headed home Jak McCourt's cross.

Dagenham striker Rhys Murphy struck the post late on as Torquay held on for only their fifth win of the season.

"It was a repeat of last Saturday. We're asking for commitment and effort and this is the toughest place to come, and for us to come away with a 1-0 victory was well deserved I thought.

"It's hard for me to say one [stand out player]. I thought the team were excellent and in the first half it was a pretty good game.

"I thought they [Dagenham] passed it and looked dangerous but I thought when we got it, we did the same.

"If you're in a dogfight you have to fight first, and we're doing that, so as long as we continue to do that we know that we can compete because we've got some pretty talented players as well who can play. It's so important to be out of the bottom two at Christmas."