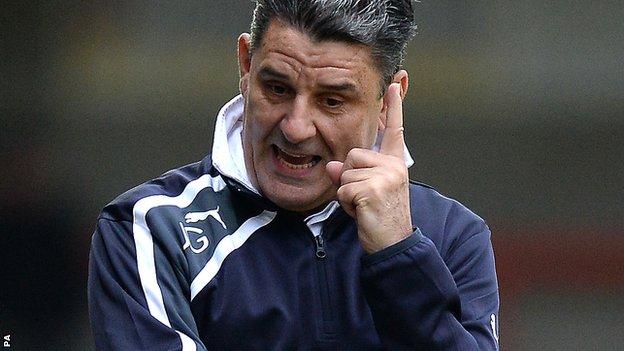 The visitors went into the match having failed to win any of their previous nine league games and fell behind to Moses Odubajo's neat finish.

Mark Connolly's header made it 1-1 and Andy Drury put Crawley ahead after Gary Alexander's penalty was saved.

Nicky Adams lobbed Jamie Jones to make it 3-1 and they held on despite Marvin Bartley's scrambled late effort.

Wolves are level on points with Orient at the top, having come from 3-1 behind to draw 3-3 at Rotherham.

"No one gave us a cat in hell's chance today. We had nothing to lose and I think the approach that we had in dressing room with the players was 'you come here and you're expected to lose, but you've got every chance'.

"We felt that we were in charge for the first 15 minutes and then they scored against the run of play with their first opportunity. We had to fight to get back into the game, which we did, and once we got back to 1-1 we took over.

"There were lots of good individual performances but also collectively as a group of players. I left all 11 players on that started the game because they were so fired up and we come away having beaten the league leaders."