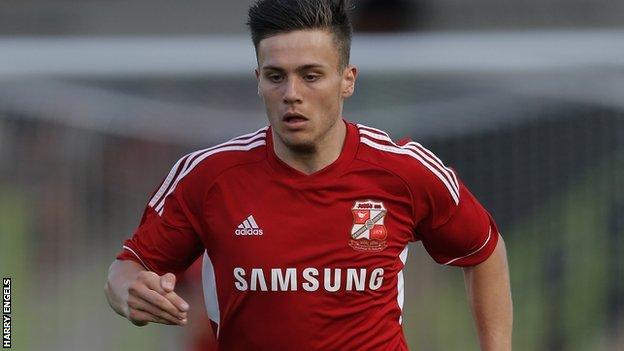 Substitute Miles Storey scored a late winner as Swindon came from behind to beat mid-table Coventry in League One.

Yaser Kasim levelled the game with a strike from outside the box before John Fleck hit the bar for the visitors from 35 yards.

And Storey sealed victory for the Robins with a chipped shot from inside the area to move them up to seventh.

"I thought it was a fantastic game of football. They're the best team we've played.

"We didn't start great. The wind was a factor and they settled better than us.

"We made some radical changes and I decided to open the game up and see if we could win it. Sometimes it works, sometimes it doesn't.

"That was tense and hard work for the coaching staff."

"It's hugely frustrating and hugely disappointing for everybody. Since I came to this club, probably the opening 45 minutes was as good as performance you're likely to see from a Coventry side.

"Make no mistake, we played against a very, very good Swindon team. We were absolutely magnificent in the first half and I thought we were very good in the second half: we hit the bar, we hit the post.

"These players couldn't have given any more today. They left nothing on that football pitch. "I'm devastated for them. There's no doubt about it we should have won the game."

Shots on Target
Home9
Away7