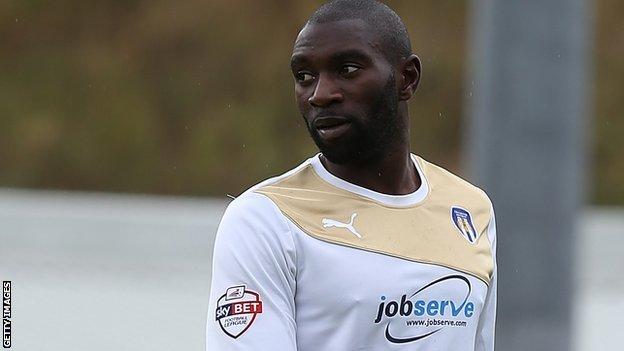 Colchester claimed their first away win since the opening day of the season with a 2-0 victory at Oldham.

The visitors went in front as Craig Eastmond crossed from the left and Oldham full-back Ellis Plummer slid the ball into his own net from four yards.

The lead was doubled when Dominic Vose set up Jabo Ibehre for a simple tap-in.

Oldham's John Pritchard hit the woodwork from long range and Connor Brown forced a good save as their nine-match unbeaten home run came to an end.

"It was very poor all round. There was a lack of desire, quality and energy, and that's disappointing.

"After a good performance the other day [in the FA Cup at Mansfield] to get the spirits of the town up - to then go out and play like that was heartbreaking.

"We've got injuries to key players but that's no excuse. There's nothing you can do but crack on and hope that, in the next game, they show that energy and desire."