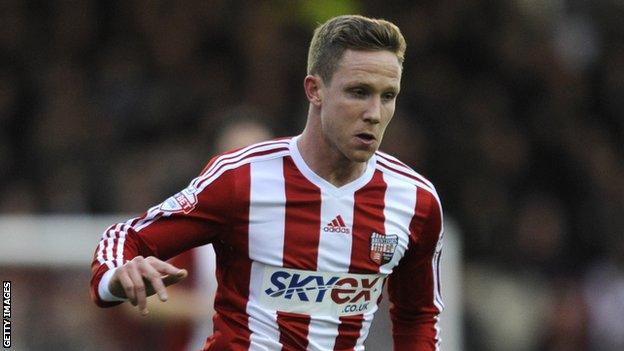 Adam Forshaw's penalty put the Bees in front after Clayton Donaldson was brought down by keeper Declan Rudd and Marcello Trotta doubled the lead with a cool finish into the bottom corner.

Preston had the chance to pull a goal back after half-time but Joe Garner's penalty was well saved by David Button.

Sam Saunders then volleyed in George Saville's cross to seal the points.

The defeat means Simon Grayson's men drop to fifth in League One while Brentford, who have now kept seven clean sheets in their last eight matches, move to within a point of leaders Leyton Orient.

"I'm disappointed that we lost the game and conceded three goals.

"I don't think there was too much in the game. They got the penalty decision and another goal straight after.

"I asked for a reaction from the players and we did say the next goal was going to be a big part in it. Unfortunately they got a third goal and that killed the game off."