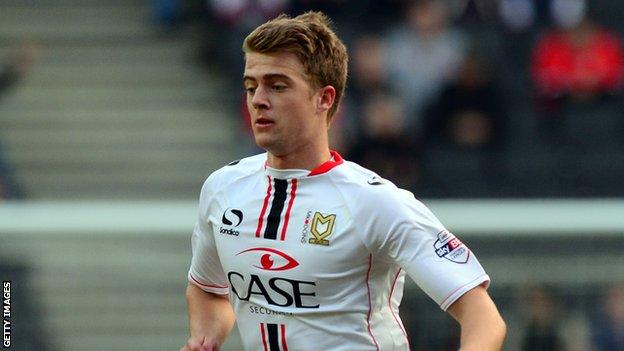 MK Dons scored three goals in the first half as they brushed aside Port Vale.

Midfielder Stephen Gleeson opened the scoring as his 30-yard strike flew in off the post before Ben Reeves doubled the lead from the edge of the box.

Chelsea loanee Patrick Bamford wrapped up the game just after the half hour when he met Reeves's low cross for his 15th goal of the season.

The Valiants failed to create any clear chances as Dons secured back-to-back wins for the first time this season.

"We all knew how difficult it would be today. The wonder goal that set us off from Stephen (Gleeson), which is typical of him. But also Reeves is quality at the moment; the all round goal for Patrick (Bamford). He must be up there now with one of the leading goal scorers up and down the country. I can't ask any more from a group of players.

"Players are back fit. I've always been screaming from the hill tops if I've not got players fit; Stephen getting back to full form, Reeves is now playing more persistently.

"We're still nowhere near where we want to be. I think it's important we still keep our feet firmly on the ground. There's been years gone by where you would have seen me shouting from the rooftops, but I think we all know there's still an awful lot of work still to be done.

"We're still very young and fragile, but we're a very young group learning and getting better. I just hope I can keep all these players."