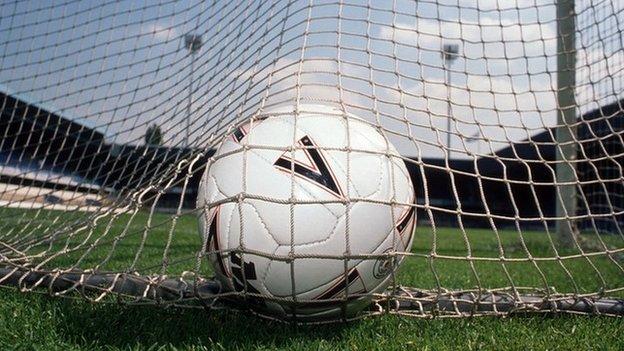 Three non-league players have been suspended from football after admitting multiple breaches of the Football Association's betting rules.

The trio all played for Southern League Division One Central club AFC Hayes.

Striker Lawrence Shennan was suspended for two years and fined £580.20, while goalkeeper Ben Goode was banned for one year and fined £606.42.

Defender Chevy Hart, who is no longer with Hayes, received a four-month suspension and was fined £145.65.

How the fines add up

It is believed that the breaches were in relation to betting surrounding competitions in which the players were competing, and not match fixing. AFC Hayes currently play in the eighth tier of the English football pyramid.

The fines included the net profits that each of the trio made from their bets.

An FA Independent Regulatory Commission hearing set aside the sanctions for Shennan and Goode at the players' request, while they await the written reasons for the penalty before deciding whether to appeal.

Accrington Stanley managing director Robert Heys was suspended from football for 21 months and fined £1,000 after admitting 735 breaches of FA betting rules in August.

Of the offending bets, 231 were on games involving Accrington and 37 of them were on Stanley to lose.

However, it is believed neither player was charged over bets relating to games in which they or their clubs were involved.