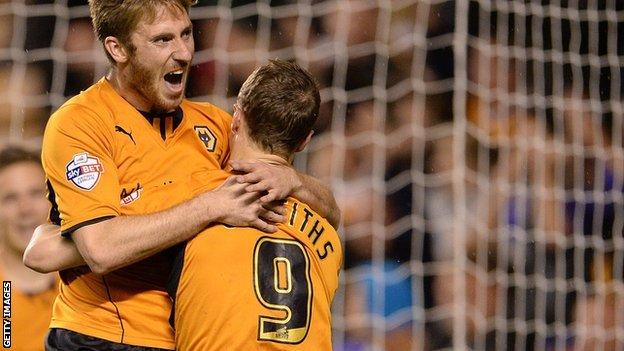 Wolves head coach Kenny Jackett says they are closing in on a permanent deal for on-loan winger James Henry.

The 24-year-old Millwall loanee has scored three times in nine appearances for League One Wolves this term.

Henry, who returns from four games out with a groin injury to face MK Dons on Saturday, moved to Molineux in October with a view to sign for Wolves.

"We are down the line in terms of reaching an agreement for January," Jackett told the club website.

"He has made a good start to his Wolves career and one which I hope now he can go on and capitalise on that and be a very good player for us."

Henry had two loan spells at Jackett's former club Millwall from Reading in 2009 before making the deal permanent in 2010, and in total scored 19 goals in 164 appearances in his time at The Den.

The winger has been influential for the League One high-flyers since their reunion, and Jackett plans to make similar loan deals in January.

"The loan window can be very useful at times to have a look at players and get people on a short-term basis, to get a view of whether they will be long-term good players with you," Jackett told BBC WM.

"If you can get players under those circumstances, it can be a good prelude to a permanent career at the club."