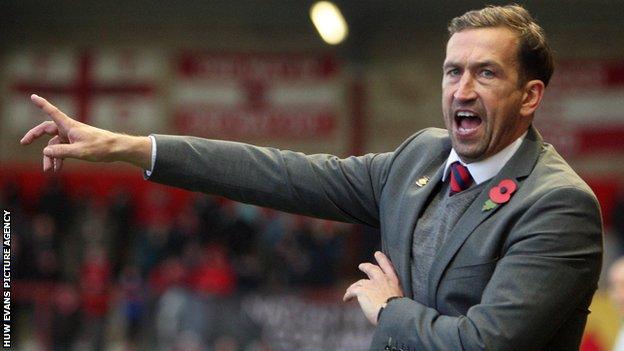 Newport County defender Ismail Yakubu admits the club may struggle to hold onto manager Justin Edinburgh if they continue to push up the League Two table.

Edinburgh recently rejected the chance to take over at former club Portsmouth, a side Newport face on Saturday.

Yakubu says the players were delighted Edinburgh opted to say with the Exiles.

"Words can't really describe how key he's been to the club's development," he said.

"It doesn't look like it's slowing down any time soon so the longer he can stay here the better.

"He's done amazing things with this club and it's only natural he's going to attract a lot of clubs and that's just what happens.

"Success breeds more success and the next thing more people want his services.

"The one thing I've learnt in my career is that good things don't last forever.

"We're just going to have to make the most of him while we can."

Edinburgh was appointed Newport manager in October 2011 and guided the Exiles to a Football League return last season.