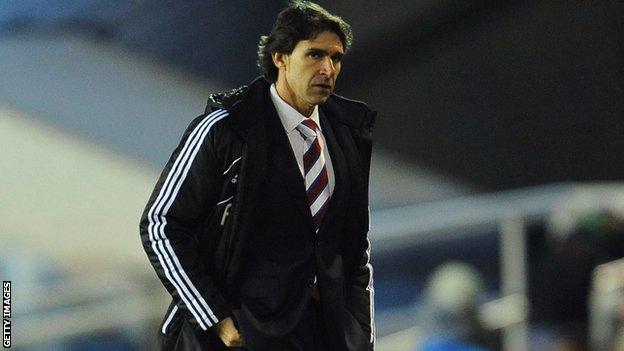 Middlesbrough boss Aitor Karanka has bemoaned his side's set-piece defending and given it extra focus in training.

The Spaniard has taken charge of four matches and only two of the six goals Boro have conceded came from open play.

"It's frustrating. For a whole game we can play very well but for one moment, a player doesn't do his marking and you lose points," Karanka told BBC Tees.

"Like I said before, it's not just our defence we should focus on because it should be all the players defending," he explained.

"I have done lots of exercises in training to practice at corners and free-kicks and spoken with the players - hopefully we will be better."