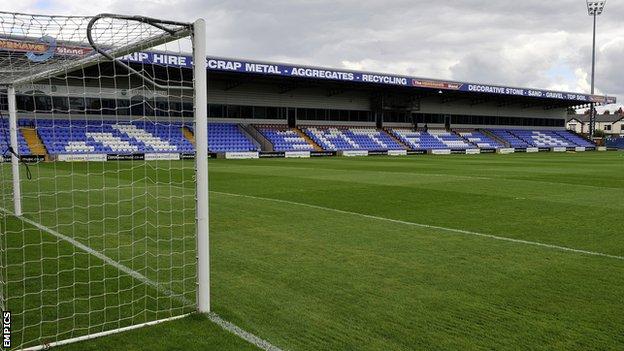 Macclesfield Town's plan to be community-owned is on hold because of their perilous financial position.

The Conference Premier club announced their intention to become a in June.

But they have "decided reluctantly" to suspend the proposal as they are unlikely to satisfy the CIC Regulator.

The Silkmen, who are 15th in the table, revealed last month that they to ensure their continued survival.

has already brought in much-needed funds, which will be added to further when Macclesfield host Championship side Sheffield Wednesday in round three.

But they missed out on a payment of £144,000 as their tie was not selected for live television coverage.

The 22-year-old striker, who scored 16 times in 18 appearances, was

"It's a shame it's come to a premature end because I know he's enjoyed being here and we've certainly enjoyed having him," manager John Askey told the club website.

"We wish him all the best for the future, wherever he ends up, and hope he overcomes this injury quickly."