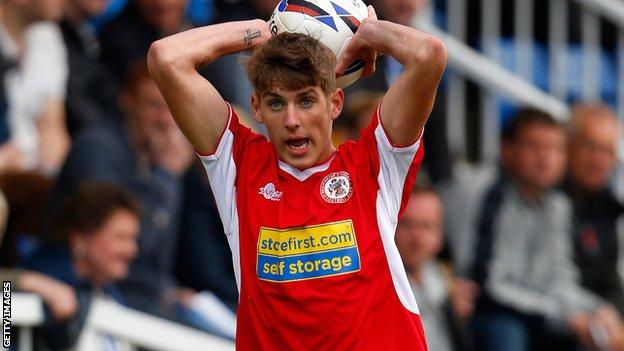 Mahoney, who and has played six times for James Beattie's side, will link up with Blackburn's development squad.

A compensation package has been agreed between the two Lancashire clubs.

"He's not physically matured yet but he's an astute young man who knows what he wants.

"When the interest first arose from Blackburn, I let him know straight away because I believe that was right.

"Blackburn have been spot on with their negotiations and we have done a lot of work to get the right outcome for this deal - not just the financial side of it, but to make sure Connor's protected a little bit.

"Blackburn's a massive club and I didn't want him just to get lost in the system. He's good enough not to because he's a fantastic young player."

Mahoney, who was born in Blackburn, added: "It is something I've dreamt of for a very long time.

"If it was any other club then I probably would have stayed at Accrington Stanley, because I have had a wonderful time there," he told his new club's website.

"I'm glad this deal has gone through. It is the only one I would have accepted and I just can't wait to get out there now."