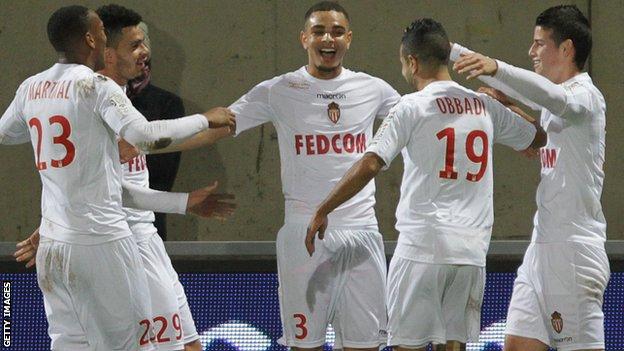 And they secured all three points when Rodriguez's corner was headed home by Layvin Kurzawa in the closing stages.

Claudio Ranieri's side are two points behind PSG, who also won on Saturday.

Elsewhere, Nice, who narrowly missed out on qualifying for the Champions League last season, ended a seven-match losing streak with a 1-0 home success against bottom side Sochaux.

Nantes's hopes of Champions League qualification were hampered by a 2-1 home defeat against Toulouse. They are seven points behind third-placed Lille, who have a game in hand.