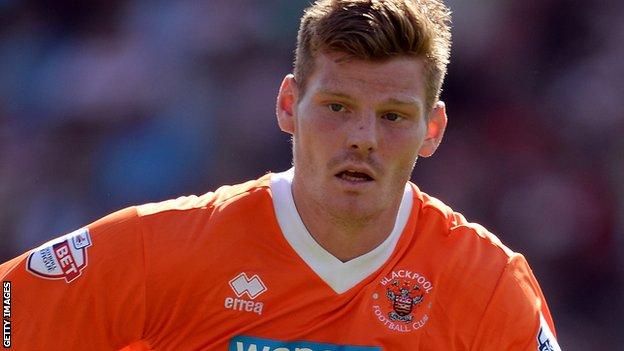 Blackpool will be without Scottish centre-back Gary MacKenzie for around three weeks with a hip injury.

The 28-year-old suffered the problem in the on 3 December, a game in which MacKenzie was one of three Blackpool players sent off.

He will miss a busy festive period but manager Paul Ince revealed MacKenzie's absence could have been longer.

"We're fortunate because we thought he might be out for three or four months," Ince told BBC Radio Lancashire.

"We won't have him in over Christmas, which is a blow, because he and Kirk Broadfoot have been outstanding for us this season."

MacKenzie, who joined permanently from MK Dons in July, has started 17 league games this term.

One boost for the Seasiders, who are seventh in the Championship, is the imminent return of defender Craig Cathcart from a knee injury.